The western anthology Rough Edges was released this week. It features seven different stories all based on the western theme.

First, here's a bit about her story in Rough Edges:

Jackie has a veterinary practice, her family’s ranch, and a habit of avoiding men. The last thing she needs is a giant, blonde cowboy who tears down her fence and rattles her nerves. Russ has no job, a beat-up old pickup, and a rundown ranch he just inherited. He needs everything except the beautiful, angry neighbor who turns him on and then runs him off. Can one pregnant cow, two horses that love to jump, and three long kisses prove them both wrong?


TJ, tell us a little bit about yourself.

I plan to live to see triple digits and have no problem admitting every year I earn in this life, and I’d never want to live in the past because I’d probably have been mentally broken or killed by now for not behaving like a good little female. It took a few decades to get over the ‘never good enough’ syndrome I was raised with, but I’m pretty damned comfortable with myself now. I love the city but I grew up on a farm near a small town, and I believe that playing in the dirt and growing things can heal your soul.

What's your favourite time of day?

I love the night. I love going for late-night walks, staying up late reading, and those lovely nighttime writing binges. I like the world when it is quiet and softly lit and shadowed. In the daylight the world is claimed by many, but those of us who are happy in moonlight are fewer, and we can each claim more of that less-cluttered world.

Dr. Who, because I love fantasy, the tease of the great What If, the profound and the silly, and the notion that good wins, even if it is painful and costly. And while being a sci fi classic, Dr. Who is also a romance between the ultimate outsider and a planet that needs but doesn’t understand him. There’s a heartbreaking wistfulness to Dr. Who that gets to me.


Do you ever find yourself torn between what YOU want for the character and what ACTUALLY ends up happening?

My problem is that I see too many possibilities and want them all to happen! I have folders with alternate plotlines, scenes, chunks of dialogue...the hard thing is deciding on just one. My characters have rich fantasy lives created by me!


If you could choose any writer, who would love to have as a mentor?

Fellow Missourian Mark Twain would be a great mentor because he had a social conscience, a brilliant sense of humor, and he wasn’t afraid to write about things that popular literature at the time ignored. He didn’t bend his writing to fit the genteel public audience, but rather brought that audience into his world. He was brave in his life choices, loved a good adventure, and never quit working. He didn’t always make the best decisions but he never backed down, and he didn’t automatically respect anyone, no matter how important they thought they were. He also was a redhead and a journalist, two of my favorite things.

My style is organized chaos. I hate outlining, so I don’t. I write the thing until it’s done if it’s short, then I poke around with it until I decide I like it. I may gut it and rewrite sections or throw them out for something else that suits me better, but I keep all versions of the draft. Long works I write mostly in order, although I’ll have chapters written ahead and waiting for the story to catch up. I use chapters as touchstones to keep the story focused and moving in the right direction. In order to get to this really awesome part of the story, I have to do this, and this, and this. ‘So stop fiddle farting around and indulging yourself and get back to the story.’ I also give myself pep talks and butt kicking as needed, sometimes loudly. Loud music and yelling in the middle of the night means I’m writing.


TJ Dodd is a frequently sweary, occasionally inappropriate former teacher and acknowledged black sheep of her family. She’s okay with that. She shares her home with her pit bull named Piddles, who outgrew the habit but got stuck with the name. She’s made up stories her whole life and thought it might be fun to try to get some of them published. So far it has been. 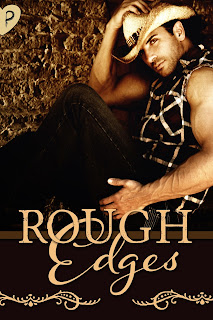 Nothing is sexier than someone who knows what they want and has the confidence go after it. This anthology is crammed full of hot romances featuring those kinds of rough-around-the-edges alpha personalities–stories about the kind of men and women who ride horses during the day and their partners at night, who speak few words but mean every one of them, and who would never break their own personal code of honor. We're talking about cowboys... and cowgirls.

This anthology contains seven romances with a Western theme that run the gamut from sweet to sizzling.