I have been sadly neglecting my blog for various reasons, the main one being time. I've been neck deep in Pitch Wars revisions for over a month while trying to continue to keep up other daily necessities, like work and parenting.

Being Samhain, I thought it was a good time for this post.

This is a time of endings, but with every end is a new beginning, even if we don't see it. The harvest season is winding down, it's time to prepare for the harsh winter with the promise of spring pushing us through.

Almost a year ago I made the very hard decision to let go of my business, the store I'd opened three years prior. It had always been my dream to own my own business. Unfortunately several things turned against me, leading to excessive stress. I'm very stubborn and don't give up easily, so for me, this marked a failure and was crushing. It's been about nine months since the store closed and it still hurts, but it really was for the best.

This can happen in writing too. As writers, it can be hard to recognize when it's time to let go and end something. It could be the manuscript we're working on, an idea, or polishing a work. We put a lot of ourselves into what we write, but sometimes that's not enough to make it ready or to make it fly.

How do you know when it's time to let go?

If you don't think that you're making any more progress, even with the help of your critique partners. It's either time to set it aside or put it out into the world (querying agents or small presses, or publish). My Pitch Wars manuscript had reached that stage. I'd taken it as far as I could, my critique circle had helped immensely, but it needed someone with more knowledge than I had to push it over. I am very thankful that I made it into Pitch Wars to get the help my manuscript needed.

When your editing consists of tweaking punctuation and curse words. If you're making small cosmetic changes, it's time to put that manuscript out there! If you haven't done beta readers and critique partners, pass it to them. Done that? Time query, or self-publish, whatever your end goal is.

When the story just isn't working. I loved the premise of a manuscript I started writing, but it was a grind. The story wasn't coming together, it wasn't clicking at all. It was time to set that one aside. Will I ever go back to it? I hope so because I love the world, but not until I know why it's not working.

Market. This can be a hard one. If the market isn't looking for your genre, premise, etc, it could be time to put the manuscript aside. Vampires have been a very hard sell for the past few years. I queried my vampire novel anyway but ended up setting it aside, more because I know it needs work than because of the market. But I haven't fixed it yet, because the market isn't quite ready for vampires again so I'm working on something that I hope will sell.

Queried extensively. It's said you should collect at least a hundred queries on your manuscript. If you've exhausted your query list. It's time to set that project aside. There could be a day to pull it out again, but in the meantime, work on something new and fresh.

How do you know when it's time to let a project go?
Posted by Elesha at 4:32 PM 1 comment: 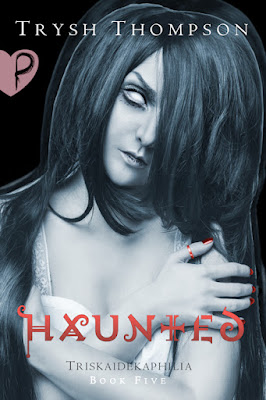