Get In On The Literary Lovefest!

Literary Lovefest is the creation of authors Sharon Johnston and Em Shotwell to raise funds for people in need through online auctions. The writing community is so generous, and this is just another example of that. 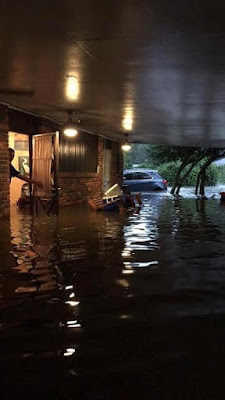 In August, parts of Louisiana were flooded. Some people lost everything. It broke my heart when I saw the pictures. Em lived in one of those areas and, though her home didn't flood, she knows many people affected. Clean up efforts are still on going to help the victims.

For their first auction, Sharon and Em have chosen the Baton Rouge area Habitat for Humanity as their recipient.

So, what's up for grabs?

Thirty-five items are up for bids. This included critiques of query letters, manuscripts, etc., marketing advice, consultations, and books.

Check it out. All money goes to a great cause.

The auction is open until Saturday, September 17, 2016. Click here to check it out. To bid, just write your bid amount in the comments under the items you're interested in. Make sure it's higher than the last posted bid. 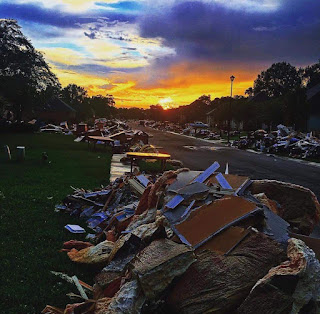 This is a great opportunity to pick up something that may help you with your writing or a bundle of new books!

If you miss out this time, keep an eye on these generous ladies as I'm sure they will host more auctions in the near future!

Last week I was on holidays and what a week it was! Now that I'm home, I'm getting a chance to absorb it all.

My husband and I travelled to my parents place, dropped our imps off, and headed to Toronto for two days. In addition to catching up with friends and shopping, we saw Rob Zombie in concert! He put on an amazing show! I've wanted to see him for years and he didn't disappoint. Korn also played, but since we weren't big fans and it was obscenely loud (No, I'm not getting old. Some vibrations from the drums felt like they would choke me, I kid you not.), we left after half the set. 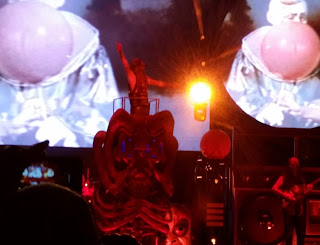 I also took my imps to an amusement park with my cousin and her two little ones. We had a great day and the kids had tons of fun. I figured by the end of that day, I'd walked over 10 hours in three days.

To top it all off...those who were chosen for Pitch Wars were announced. Though the names weren't supposed to be released until Thursday, contest organizer Brenda Drake (being the sweetie that she is) released the lists Wednesday night.

My cousin must have thought I was insane as she watched the end of the live mentor show with me. I kept saying, "I know she's going to do it. She's going to release the names." My cousin is trying to write her first book (I say trying because she has a three month old and two year old, which leaves her little time to write right now) so I filled her in on the joys of Pitch Wars and how great the mentors are for donating their time to help other writers.


Then the announcement came and I scrambled to get the adult list.

I finally got onto the webpage and started scanning. I was delighted to see a writer friend, Jen DeLuca, at the top. I gave her a little cheer.

As I scanned the list, my heart hammering, my hopes started to sink as I figured that I hadn't been chosen. I wanted this really bad (more than any other year) because I've taken my manuscript as far as I can and needed someone with the experience to help me get it to where it needs to be.

Then near the bottom of the list, I found it! I started freaking out, but then caught myself. Surely I was seeing thing. I checked again. Nope. It was my name!!! On the list for Pitch Wars! Nazarea Andrews had picked me! I could believe it! My cousin hugged me and I admit, I shed a few tears.

I started emailing my CPs, called my husband, and responding to the avalanche of tweets--I thank every one took time to send me a note of congratulations.

Over the next day or so, three emails appeared in my inbox. One from a mentor I'd submitted to but who hadn't requested any pages, congratulating me. It was so thoughtful. The other two were also very thoughtful emails from mentors who had requested full copies of my manuscript. I was touched that they all took the time to drop me notes.

I spoke with Nazarea the other night and she seems so awesome! I can't wait to work with her and hear her thoughts on my manuscript! The passion she has is amazing and with her help, I'm sure my manuscript will come out of edits ready to rock! I'm so thankful she chose me.

Now August has come to an end and I'm ready for a new adventure, and to edit my heart out to get this manuscript where it needs to be! 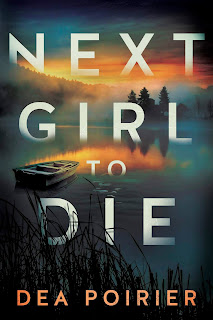